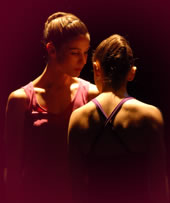 The academic affairs committee approves academic regulations before they are presented to the administrative board. It is convened at least once every semester either by the director or at the request of a majority of its members.

The academic affairs committee is chaired by the director, who informs the teachers and students concerned of its decisions.

The diploma commission handles all problems connected with the academic studies of both music and dance students, such as special course arrangements, modification to courses, the lengthening and shortening of courses, recognition of studies elsewhere and dispensations, leave of absence and premature termination of studies. It gives its formal recommendations to the Director before diplomas are awarded.

The commission meets twice a year at the end of each semester.

It is composed of the Director of the Conservatory, the Directors of Music and Choreographic Studies who assist him or her, the Heads of Department or their representatives, the members of the Academic Affairs Committee, a representative of the students and representatives of the Université Lumière Lyon 2, as stipulated in the convention signed with this institution for the issuance of bachelor’s degrees in music and dance.