The CNSMD Lyon has been approached to join a group of institutions of Higher Education in Music willing to focus on viola da gamba education in Europe.

The VIOLANET project – European Viola da Gamba Network supported by the Erasmus+ programme for innovative strategic partnerships – aims to develop a European network between universities and institutes of higher musical education to create courses of study for the Viola da Gamba, strengthening the skills of the music students, promoting teaching methodologies and innovative tools for teachers, enhancing cooperation between European university institutes and disseminating music for viola da gamba through concerts, recordings, open classes and conferences.

Coordinated by Music School of Fiesole (Italy), it gathers :

The Violanet session hosted by the Universität Mozarteum Salzburg from November 22nd to 25th, 2019, was thus the 1st opportunity for the Lyon team to meet the Violanet community.

This moment has been great of course for all the opportunities given to meet viola da gamba young and older players, learn about repertoires, various technics of playing, history, playing together with colleagues from other schools, learning from other’s teachers…but also for being welcome in such a musical and beautiful city as Salzburg by the great team of the Mozarteum.

Working in prestigious buildings as Schloß Frohnburg, feeling a bit like Julie Andrews in the sound of Music or as the brand new main building of the Universität in the core of the city where facilities are so suitable and inspiring,  living in a cloister where the Mozart family has been buried, enjoying the Christmas market round the corner,… created the best environment for this very special experience. 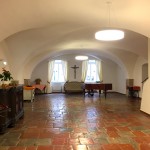 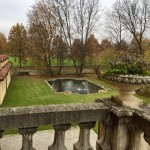 3 students (Noé Becaus, Pauline Chiama, Lukas Schneider) and the teacher (Marianne Muller) from the viola da gamba class together with the Head of the International office (Isabelle Replumaz) were part of this adventure taking advantage of this teeming event.

- Rehearsals for the European Youth Viol Consort (EYVC), prepared by Sara Ruiz Martinez (Conservatorio Superior di Musica de Vigo) and led by Vittorio Ghielmi (teacher at the Mozarteum Salzburg in charge of the coordination of this activity)

- Masterclasses (given or followed)

- Meetings for the development of the project 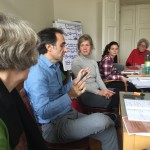 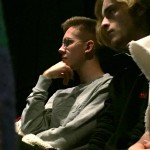 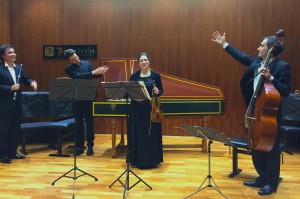 - Visit of the iconic venues in Salzburg 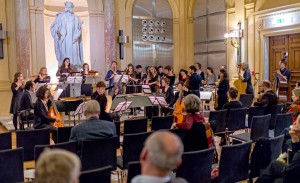 This project was funded with support from the OFAJ, DAAD and from the Erasmus+ programme.

The Lyon CNSMD took part in the AEC annual Congress 2015, which was jointly organised by the AEC office and the Royal Conservatoire of Scotland.

There, the Lyon CNSMD met the partner institutions of the ICSS Erasmus+ strategic partnership and presented the development of the project to a wide audience composed of more than 300 representatives of conservatoires around the world.

The CNSMD participated in this meeting, which gathered administrative and teaching staff of Higher Music Education institutions involved in international relations and working on European programmes or wishing to implement such projects. 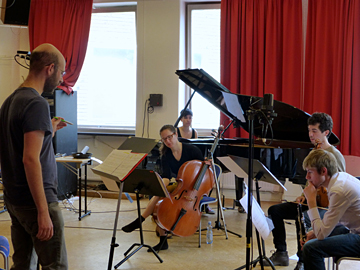 Michele Tadini (in charge of the teaching) and Isabelle Replumaz (project coordinator) of the joint master’s degree CoPeCo at the Lyon CNSMD met their colleagues from EMTA (Tallinn, Estonia), KMH (Stockholm, Sweden) and HFMT (Hamburg, Germany) to assess the first year of the programme.

The CoPeCo group of 8 students is composed of: 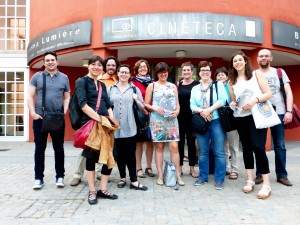 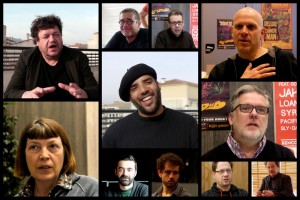 This was the opportunity to communicate on the ICSS Erasmus+ strategic partnership and to meet many people from the profession (composers, directors, producers and journalists, representatives of European Higher Music Education institutions, etc.).

Some of these professionals were interviewed in order to gather feedback from the professional sector for the survey the partners have launched on the links between Higher Education and the profession as well as between musicians and the visual media artists. This survey will be the basis of the partners’ work on the development of a joint master’s degree in music composition for visual media called « InMICS » (International Master in Composition for Screen).

The people interviewed are: 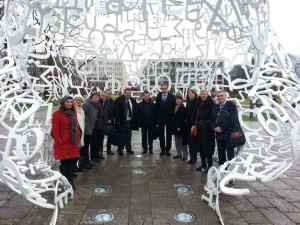 A delegation composed of presidents/directors and international relations coordinators of the institutions part of the CHEL[S] went to Frankfurt (Germany) to meet their German colleagues and present the activities and objectives of the CHEL[S].

Mrs. Sophie Laszlo, French Consul General, honoured the delegation with her presence and underlined the original aspect of this approach as well as its relevance. Mr. Pierre Monnet, former President of the Université Franco-Allemande, and current Head of the French Institute for History in Germany, showed a great interest in the CHEL[S] and took part in some visits during the stay of the Lyon delegation in the State of Hesse. Mr. Claudio Kasperl, Head of the International Relations at the State of Hesse Ministry, also met the CHEL[S] delegation.

German partners, sometimes intrigued the common approach of the CHEL[S], showed a great interest and echoed by their own initiatives.

This stay was very enriching and ended with the proposal of a common reflection on some cross-cutting issues. Many themes were discussed and as well as the organisation of an interdisciplinary conference. Besides, this stay will most probably launch new multilateral partnerships.

The CNSMD took part in the AEC annual Congress 2014, which was organised in Budapest.

The CNSMD participated in this meeting organised by the AEC in Aalborg and gathering administrative and teaching staff of Higher Music Education institutions involved in international relations and leading European programmes or wishing to implement such programmes.

In partnership with the Suona Italiano Feastival and the Tempo Reale studio of Florence, the CNSMD organised with the Conservatories of Bologna and Trento a festival around Luciano Berio, a famous composer renowned for his experimental work, particularly in the field of electroacoustic music, for the occasion of the tenth anniversary of his death.

2013 was the tercentennial anniversary of Arcangelo Corelli’s death. Violinist and composer, he had a decisive influence on the music of the 17th century.

For this occasion, the CNSMD of Lyon, the Musikhochschule of Leipzig and the University of Graz gave their teaching staffs and students the opportunity to work together on Corelli’s sonatas for trio during a Corelli Week, organised with the support of the Office franco-allemand pour la jeunesse.

Sessions devoted to various subjects such as violin technique in Corelli’s work, cello’s or basso continuo’s techniques, shared between theory and practice, were held every day.

Each institution presented its own department of early music and final round-table meeting, in which students participated, was held to see the positive aspects of each school.

This week ended with a concert organised by students and teachers on Friday 22nd in the Chapelle de la Trinité.

In 2013 the AEC Congress took place in Palermo, Italy, and was hosted by the Conservatorio di Musica « Vincenzo Bellini ».

The meeting, organised by the European Association of Conservatoires (AEC), was meant for administrative or teaching staff members in European conservatoires who deal with international relations and European programmes (such as ERASMUS), as well as for institutions not familiar with these programmes, but with an interest in becoming involved.

The meeting was important for networking, exchanging useful information and for developing partnerships. With this annual meeting, the AEC brought together a growing community of International Relations Coordinators.

The meeting will was held at the Royal Conservatoire in Antwerp (Belgium) in September 2013.

Carlo Colombo and his students Sophie Dartigalongue, Romain Rougé, Lorenzo Contaldo and Loïc Bernadet were invited to the International Bassoon festival held in July 2012 in Beijing. Their trip was successful thanks to the Central Conservatory of Music of Beijing who hosted the event, and to the Bassoon maker Püchner. The class performed in the Central Conservatory and in the Forbidden City. Click here to read an interview of Carlo Colombo about the event (in French).

The CNSMD organised and hosted the pilot week of the CoPeCo Master’s. Interested students and teachers from the 4 instutions met to discuss the project.

The Italien composer Luca Francesconi and Garth Knox, one his favourite performers presented their work Animus II, for alto solo and electronic. The two musicians met the students of composition and alto classes.

The CNSMD held its second International symposium on the topic Dance and musique: the art of the encounter. Click here to know more.

The CNSMD hosted the Platform of the AEC gathering research specialists of the institutions inside the AEC network.