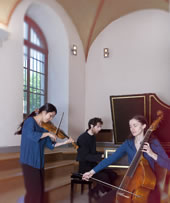 The Lyon CNSMD has its own student residence with 60 beds, situated on the premises of the conservatory at 3 quai Chauveau, Lyon 9.

THE STUDENT RESIDENCE OF THE LYON CNSMD

The residence is only open to students who have taken their audition and been admitted to the CNSMD.

Although the committee makes the proposals of the allocation of the housing of the student residence of the CNSMD, the final decision is taken by the director. The applications are presented by the housing office.

Places are allocated according to the financial situation of the family, the age of the student and the distance from the conservatory to his or her home address.

The committee meets twice a year:

The committee meets in September a few days after the last admission results are announced. For some students there is very little time for the preparation of their housing application. It is therefore a good idea to collect the necessary documents in advance (see list below).

Housing is not usually allocated to first year music students until after the beginning of their term, so it is wise for them to plan to spend the first week of term in temporary housingoutside the conservatory.

HOW THE rEsidence IS ORGANISED

The allocation of a place entails the right to occupy the room for the whole year during the period periods when the residence is open, which are determined each year. Rooms must be vacated and emptied during the summer holidays. Students aged 18 and over can enter and leave the building until the conservatory closes at 1 o’clock in the morning. The resident pays a deposit equivalent to a month’s rent on arrival. This sum is held by the conservatory and returned to the student on his or her final departure provided that no damage has been caused to the room and all rent has been duly paid.

Under-age students from abroad seeking a place in the residence must be able to give the name of an adult who will act on behalf of their parents if necessary. This person must be resident in France and if possible in the Lyon region. He or she must be able to intervene quickly if the under-age student has a problem (such as being taken to hospital for example).

For students with French nationality

For students not holding French nationality

Amenities:
Students have the use of a personal letter-box, one shared kitchen on each floor, an ice pack, a laundry equipped with washing-machines, a dryer and an iron, a television lounge, a phone booth and free Wi-Fi internet access.

Check-in for returning music students (2nd year and above)

Students can also make their own housing arrangements.
Many organisations can help with finding housing, notably the CROUS, Lyon Campus, Lokaviz and the Crij Rhônes-Alpes.